Spain is renowned for beautiful architecture, rising out of the hot European heat. The influences are broad – from Iberian ornamentation to Hispanic detailing dating back to the Roman era. More recently, the angular beauty and vibrant colors of modernism and postmodernism have nestled among the historic structures to create a skyline with a distinct chronology of architecture. Let's take a look at ten Spanish architects to watch right now.

Valencia based Fran Silvestre Arquitectos creates buildings of purity and light. The modulated form of Casa del Acantilado, Alicante, resembles a cubic cloud hanging in the air about the cliff. A cantilevered living space with a sea view, traditional Mediterranean white exteriors and azure infinity pool ensure this building will never intrude. The minimalist surfaces of sunlit white, glass and water merge the peaceful serenity of this human integration with the cliff itself. 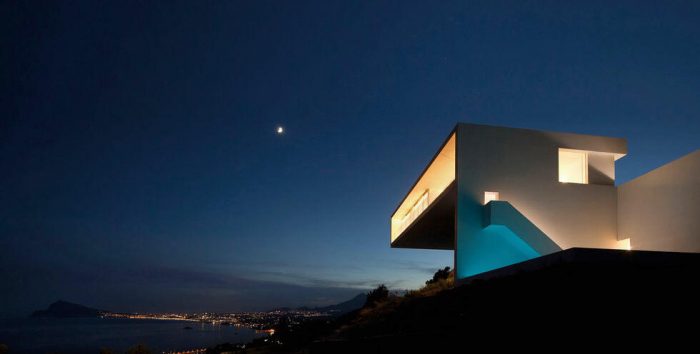 Ramón Fernández-Alonso Y Asociados aimed for an intimacy of architecture in the composition, light and texture of the Teacher Training Center, Granada. A great glass box is given new life by a terracotta ‘ceramaic skin’ that embraces the architecture and the people within. White minimalist interiors and strong cantilevering float the structure producing an atmosphere that can only be described as ethereal. 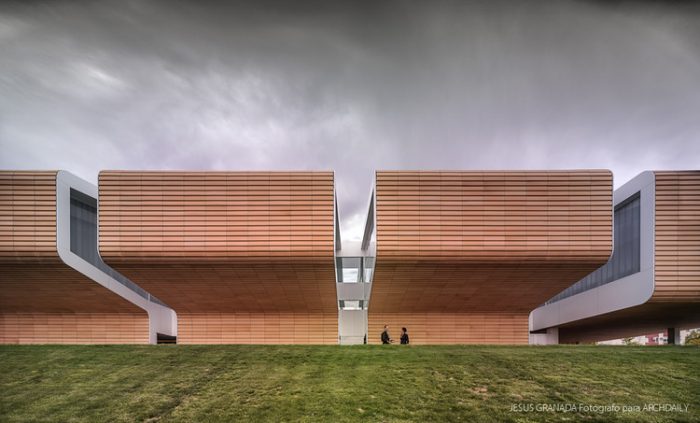 The dynamic architecture of Coll Barreu is exemplified in Basque Health Department Headquarters. The crystalline facets reflect the surrounding streets from multiple viewpoints. The rhythmic interplay of space and void along with the transient play of light on the surfaces, embody the innovation of the building while harking back to the heritage of Spanish art and the work of Picasso and Braque. 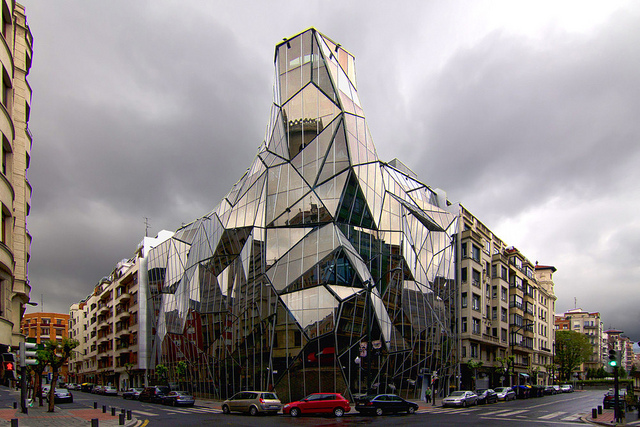 A blend of Le Corbusier and Spanish minimalism, A-cero Architects create personal architecture and imposing structures for domestic spaces. Vivienda 1001 is a rhythm of curves and rectilinear planes. From somewhere between nuclear bunker and zen garden, the building is austere yet tranquil with its calming dance of form and space. After dark the building is lit up in shades of lime, orange and magenta, playing on the undulating surfaces. 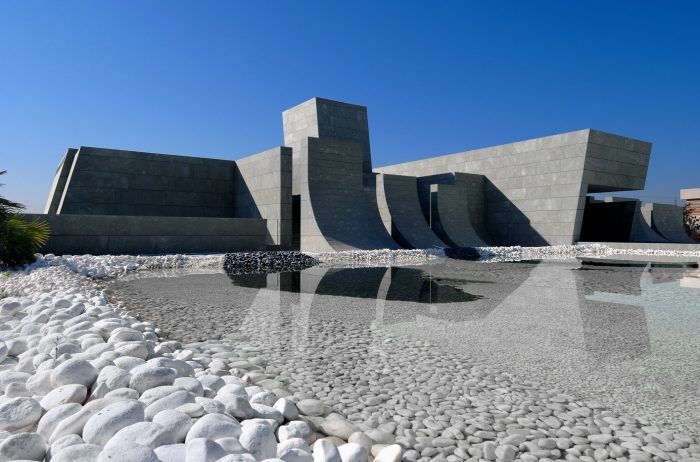 The architecture of Francisco Mangado thrives on the tension between service and submission. Municipal Auditorium of Teluda is a perfect example of a functional building that still makes a statement. The dark folds of the roof and are reversed in the white interior and bring contrast to the regularity of the triangular pillars at ground level. This auditorium is a graphic score of the music it contains, with punctuating rhythms of windows and varying pitches of surfaces.