Architects are typically known for designing beautiful homes – not what’s in them. Designing buildings is something architects may consider to be easier than furniture design. The desire to design everyday objects into a highly personalized and unique manner is a challenge some of the world’s renowned architects have decided to take on. Alongside the many talented furniture designers in the industry, many of the world’s most celebrated architects have firmly made their mark in this field creating unique and and iconic pieces that have made history. Taking a peek at the structure, form, aesthetics, as well as performance, we’ve selected some of our favorites furniture pieces to boost your design credibility: 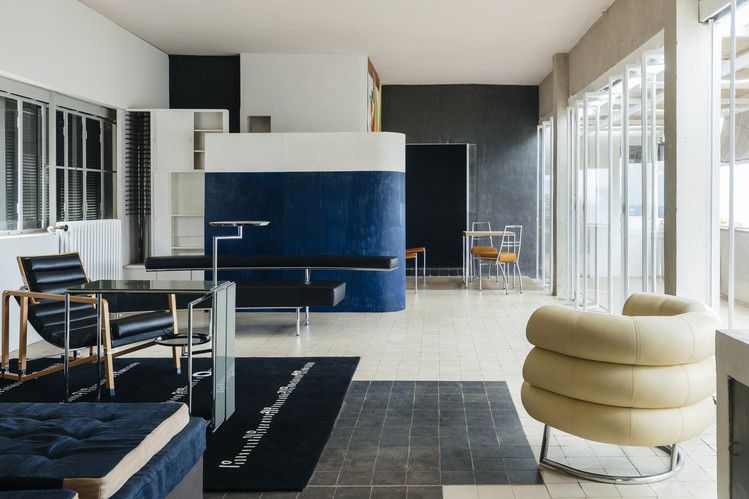 Creating a piece of furniture for royalty at the time when many others were thinking of designing things for the “common man” was something only Ludwig Mies van der Rohe could do.  The architect believed in a less-is-more design approach. In 1929, this disciplined perspective informed the now-classic Barcelona Chair. Drawing inspiration from ancient Egyptian folding stools and modern design ideals, the chair’s simple curves and inviting shape make for a beautiful and comfortable piece. 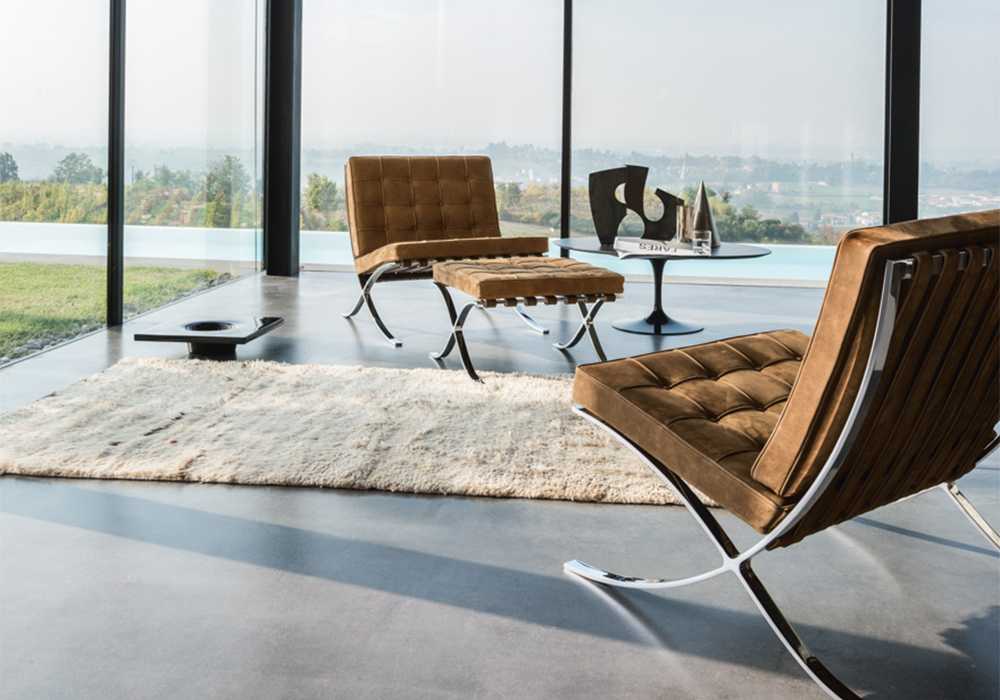 Eero Saarinen’s Tulip Table’s flowing lines and radical simplicity has become one of the Finnish-American architect’s most recognizable designs. Introduced in 1958, the Tulip Table’s slightly futuristic style and curvature helped to eliminate what Saarinen called the “slum of legs” often found when chairs are pushed under a table. The pedestal base preserves its aesthetic identity, even when chairs are placed around it. 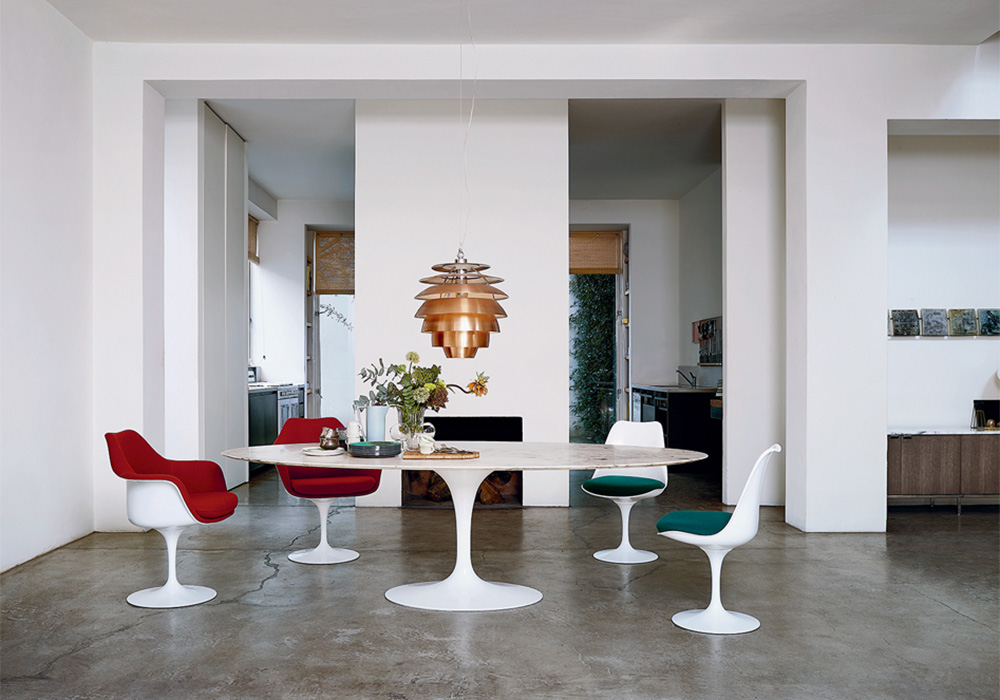 Not many armchairs can pride themselves with having marked design history and the Cité armchair is most certainly part of the list. The Cité armchair was designed by Jean Prouvé, a French metal worker, self-taught architect and designer. He designed the Cité Chair in 1930 as part of a competition to furnish the student halls at the Cité Universitaire in Nancy. The distinctive structure is made of bent powder-coated steel. It is so comfortable that it became one of the favourite pieces of Jean Prouvé, who consequently also chose to have it in his own home. 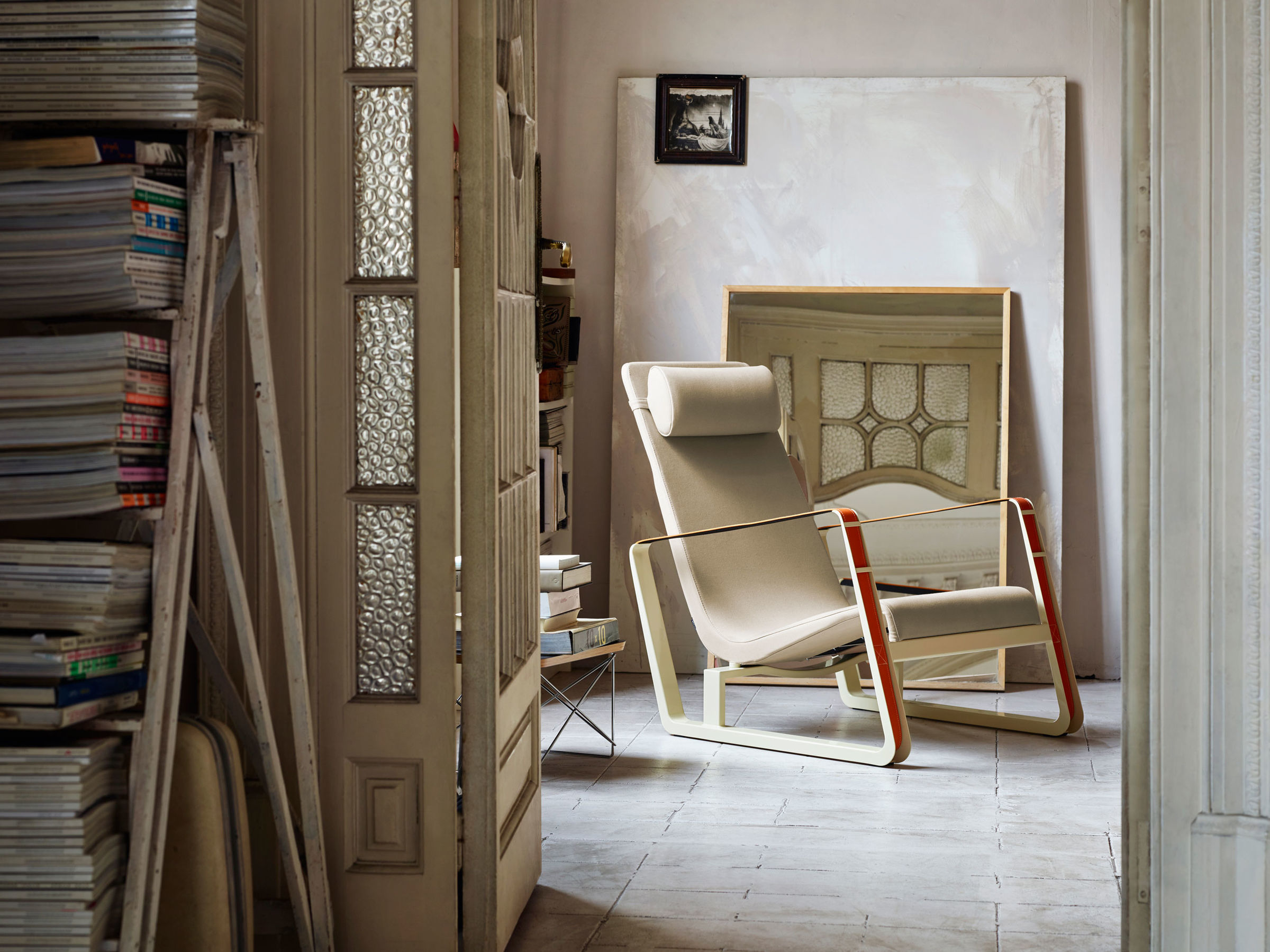 Gio Ponti was an Italian architect, artist, and designer, who brought his modern aesthetic to buildings, interiors, and furnishings, as well as to domestic design, based on the belief that each piece of the structure work in harmony. Ponti's signature furniture designs, such as the sleek Superleggera chair for Cassina or his elegant mirror collection provide a new perspective on traditional Italian furniture and blend style with functionality. Gio Ponti was a conceptualist who always drew lines between the architecture and the interior design. His design was influenced by la dolce vita; he encouraged everybody to use good design to enjoy life to the fullest. 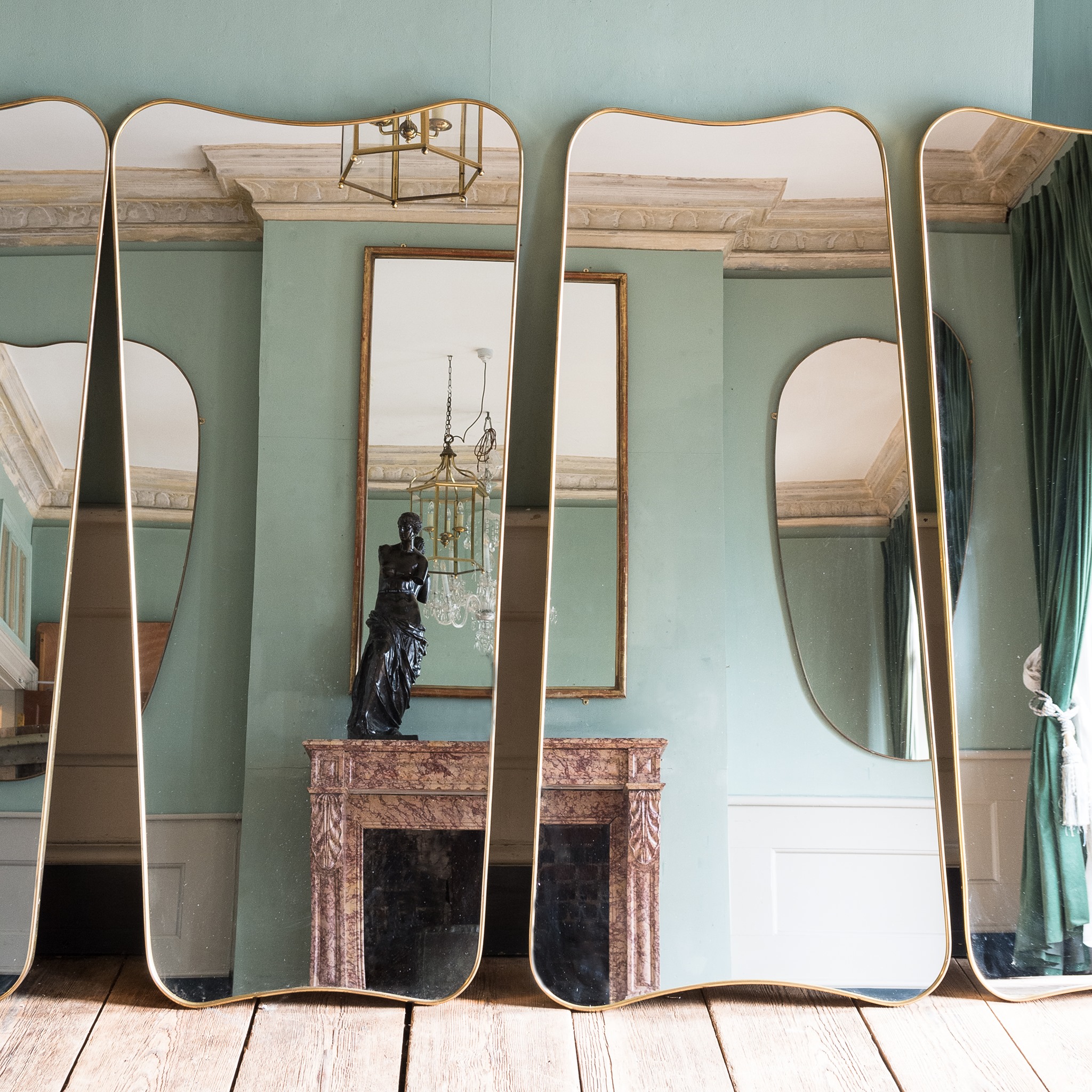 In the late 1920s, architect and designer Alvar Aalto began experimenting with bending wood. One of the most ingenious innovations by Alvar Aalto is the L-leg, patented in 1933. Aalto considered his L-leg design his greatest achievement and even compared it to the invention of the architectonic column. Thanks to this innovation, the legs could be attached directly to the table, chair and stool tops. Irish Furniture designer and architect, Eileen Gray was a pioneer of the Modern  Architecture and Deco Design Style. Her tubular steel furniture designs, at the time revolutionary, have become classics. Soft leather and tubular steel Bibendum Chair (designed in 1926) and clinically chic E-1027 glass and tubular steel table (1927) are now as familiar as icons of the International Style as Le Corbusier and Perriand’s classic Grand Confort club chairs. 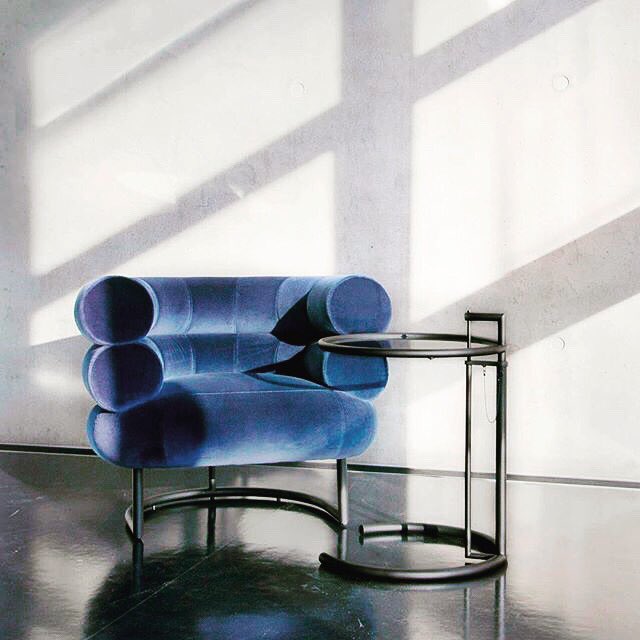 The Eames Lounge Chair and Ottoman made their debut on American national television in 1956. At the time, there was nothing like it – and there is still nothing to equal it today. The Eameses’ modern take on a 19th century club chair has not only endured for more than 50 years, it has become one of the most significant furniture designs of the 20th century – instantly recognisable and enduringly fresh.

When they were developing the concept for the chair, Charles explained that he and Ray wanted it to have the “warm, receptive look of a well-used first baseman’s mitt”. So the Lounge Chair and Ottoman were conceived to provide welcoming comfort to the body too. 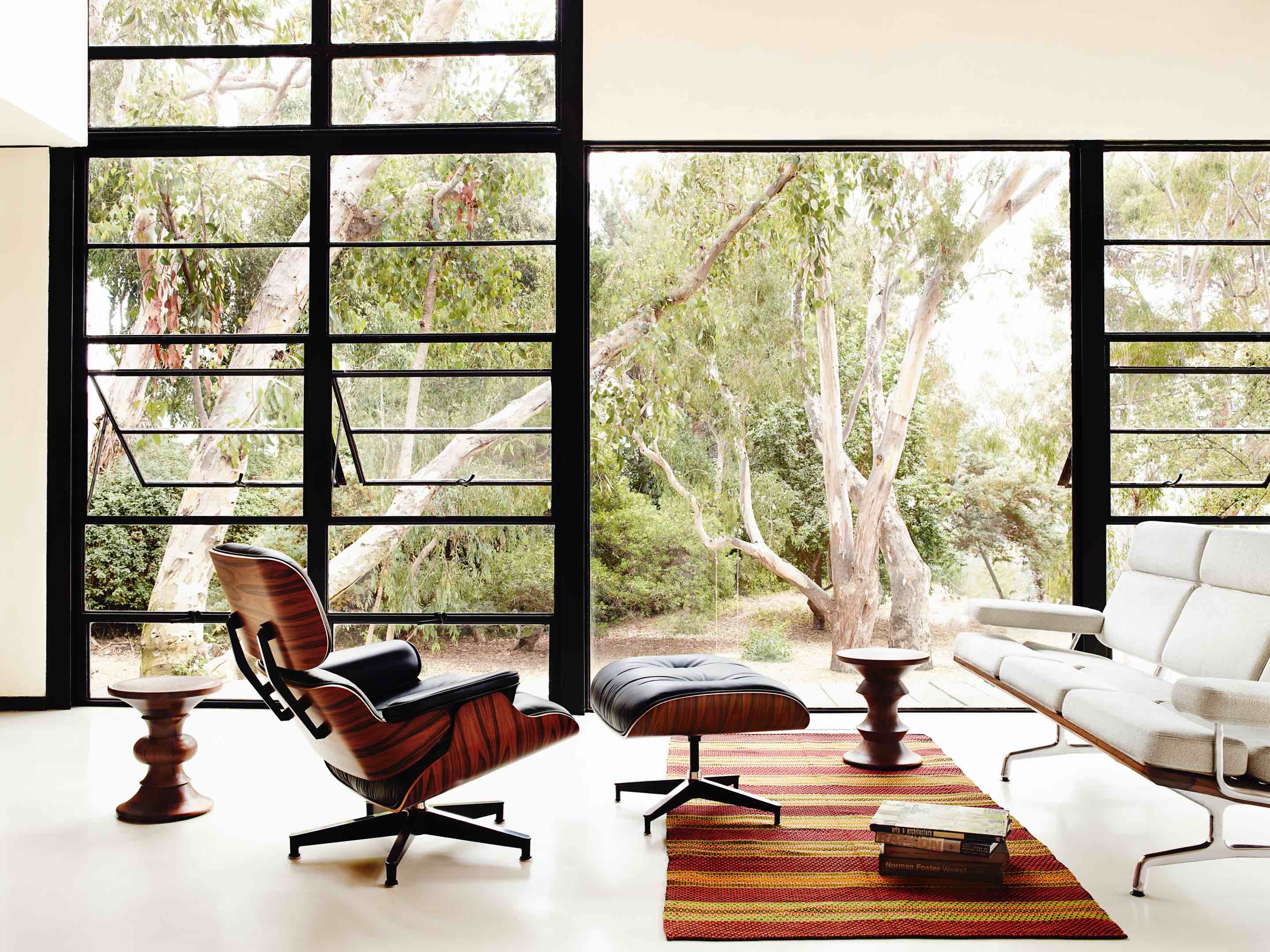 Although it had been conceived several decades earlier, the modular sofa went truly mainstream in the 1970s. The creation of the Italian architect and designer chimed with the cultural shift that was happening in homes and interiors as people looked for designs that allowed them flexibility and a futuristic new look. Of all the objects he has designed, “Camaleonda” is perhaps the best in terms of its sense of freedom thanks to its radical modular design that enables people an infinite number of possible configurations. Now, 50 years after it was designed, B&B Italia has reissued the piece, much to the delight of design mavens everywhere. 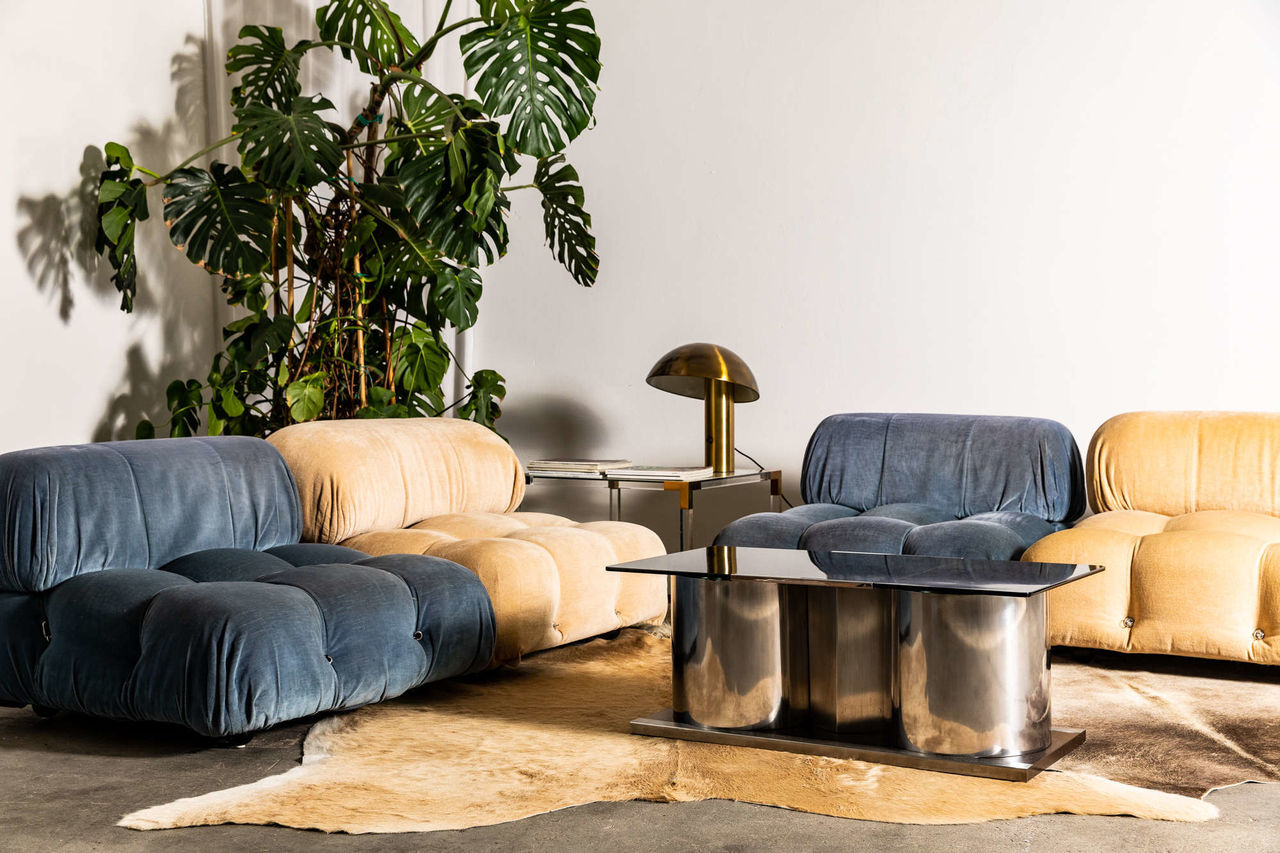 No one does perfect imperfection quite like Italian architect and artist Vincenzo de Cotiis. His high-concept furniture pieces look more like something excavated from an abandoned palazzo than the must-have, contemporary design fairs. De Cotiis’s signature is a careful approach to layering common materials paired with silver-cast brass and French marble. For architect and designer Vincenzo De Cotiis, every creation embodies a carefully layered approach between past and present. While his furnishings are both shiny and utterly fresh, they also give off the air that they were excavated during an archeological dig or rescued from a barnacled shipwreck. 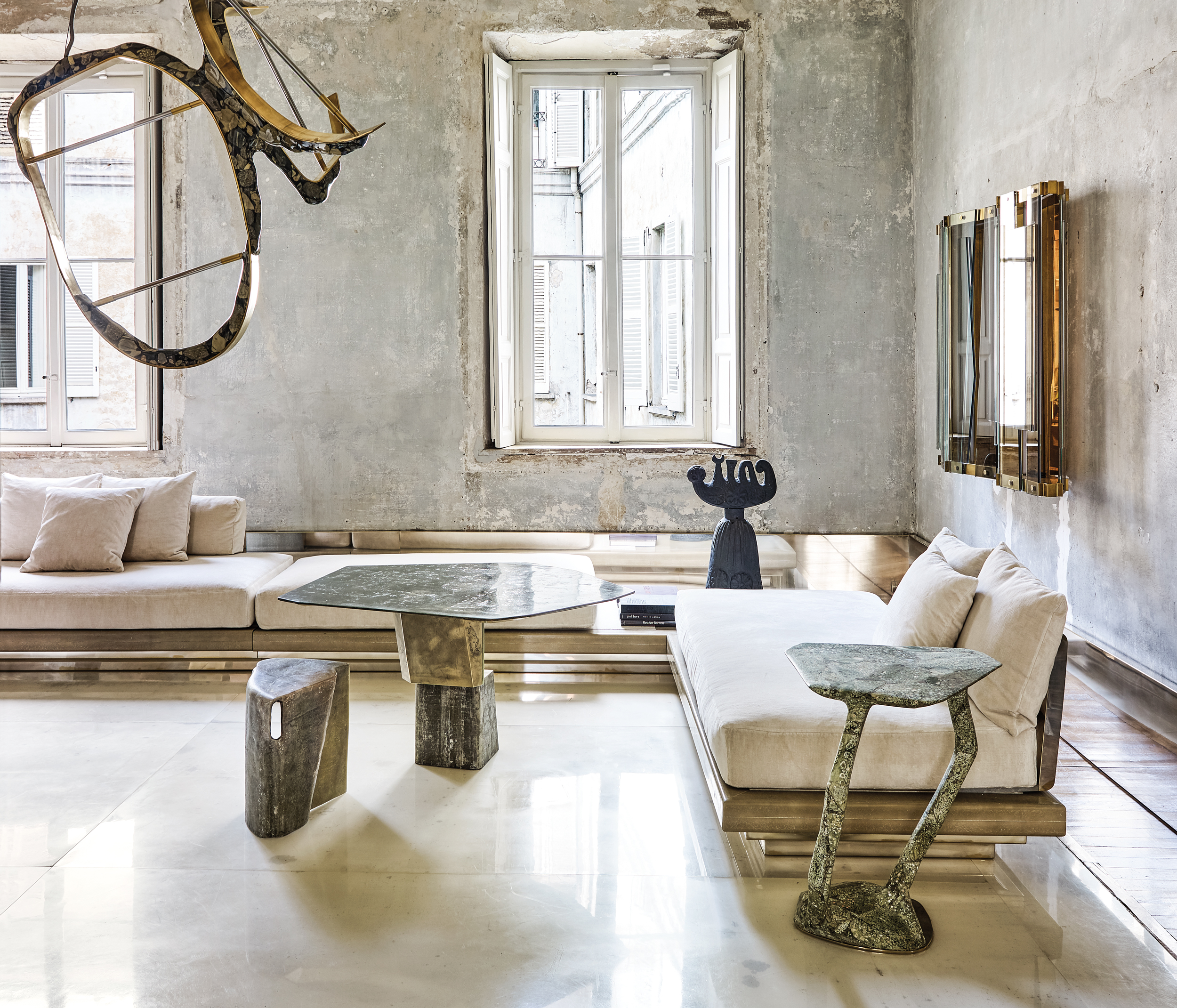 How to do the three basic steps of kitchen planning

Restaurant lighting by A bi esse