The "JIM" project presents a residential complex which is planned to be built on the outskirts of the city of Zürich, in an articulated urban area with houses and residential buildings.

The client's requirements together with the limitations dictated by the urban conditions have been challenging factors that have influenced the final result of the project.

The volume of the objects tend to merge into the given urban context and at the same time presents a contemporary interpretation of the houses around with its characteristic silhouette.

The project aims to fragment and individualize the houses and highlight the very character of the complex as well as its function, by bending the two given volumes in vertical planes. ]

Each house has separate access and private courtyard with swimming pool. The contents of all the houses are similar: the ground floor contains the spaces of the day area that have a direct connection to the courtyard, while the other floors contain the most intimate spaces of the house.

The basement level represents a space that connects the two parts of the complex and contains parking spaces and technical spaces for the needs of the residents.

The composition of the facade and the materialization emphasize the play of volumes where the large window surfaces together with the garden with the hanging vegetation on the facade give a humane character to the architecture of the complex and at the same time bring a contrast by breaking up the uniform and homogeneous surfaces of the facade.

The project aims to bring a new spirit to the context that surrounds it, but in a way that at the same time does not disrupt the existing configuration and condition of the neighborhood. 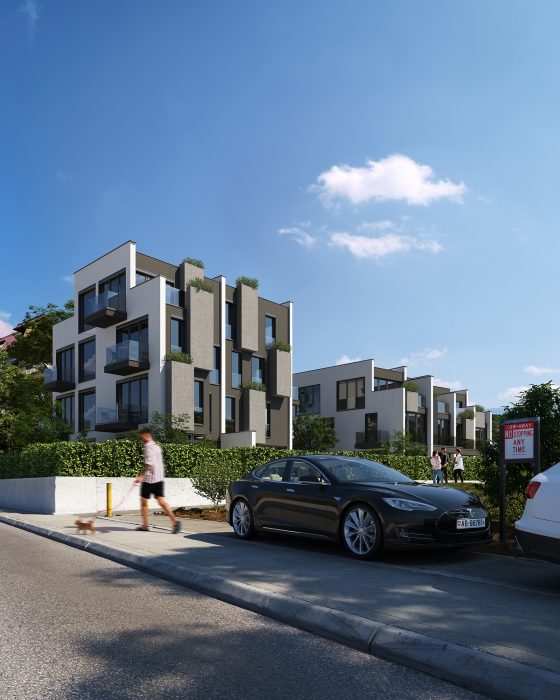 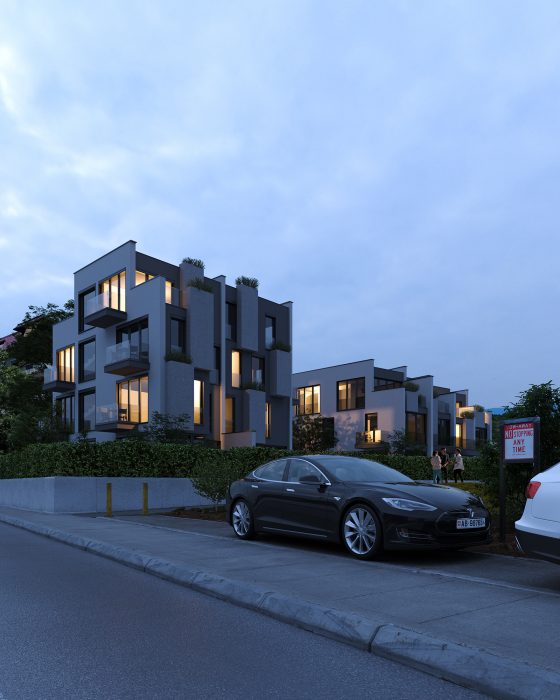 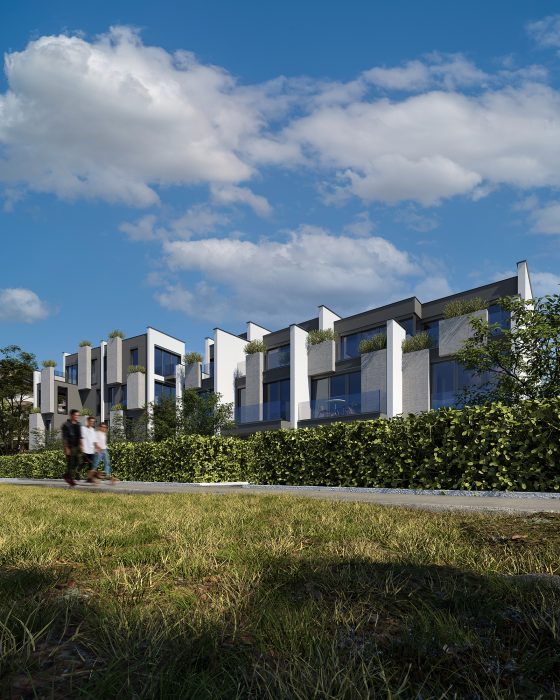 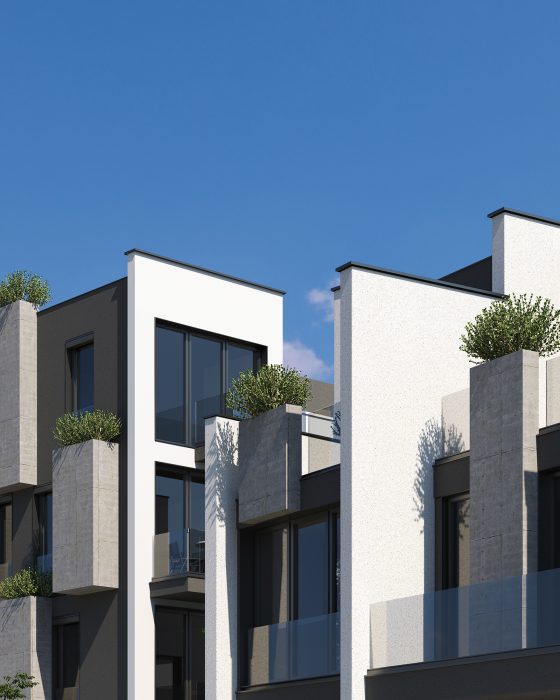 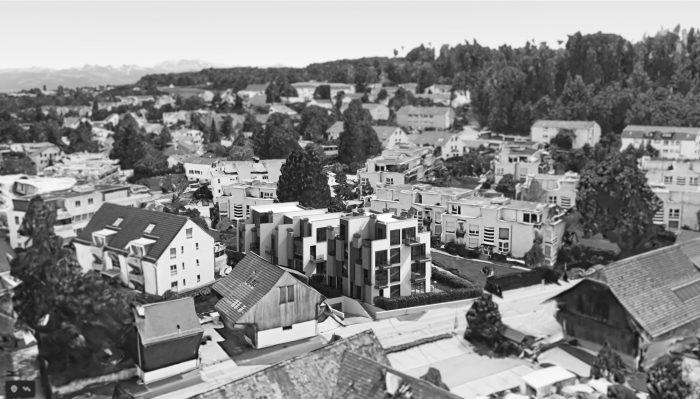 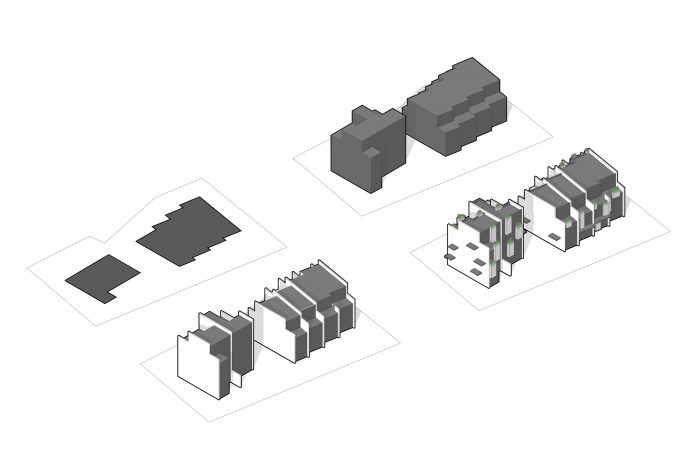 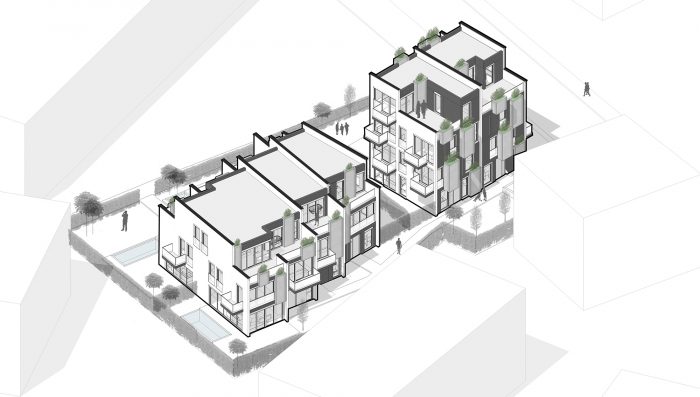 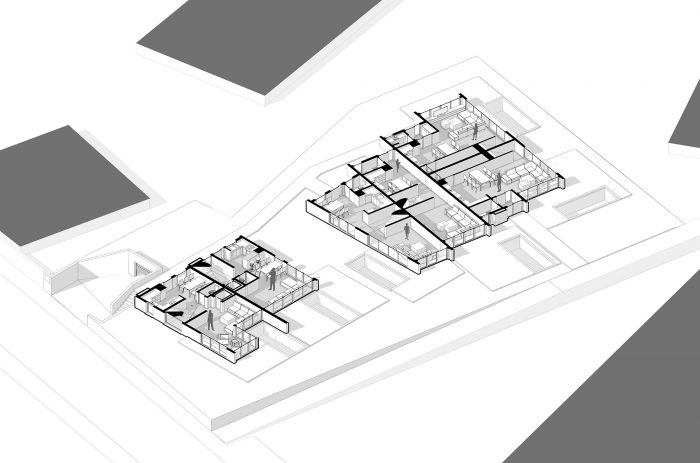 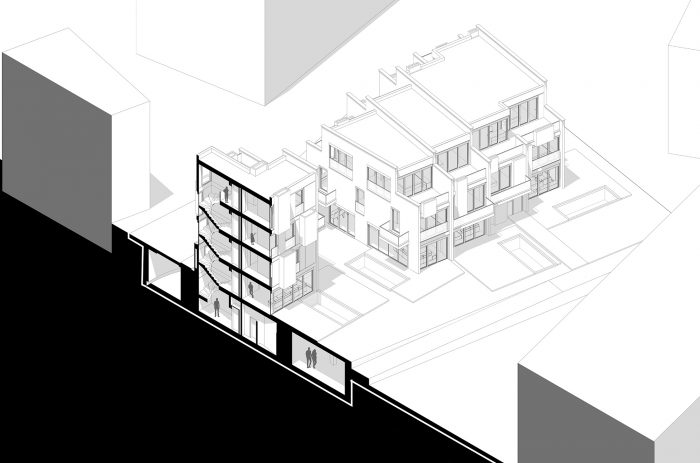 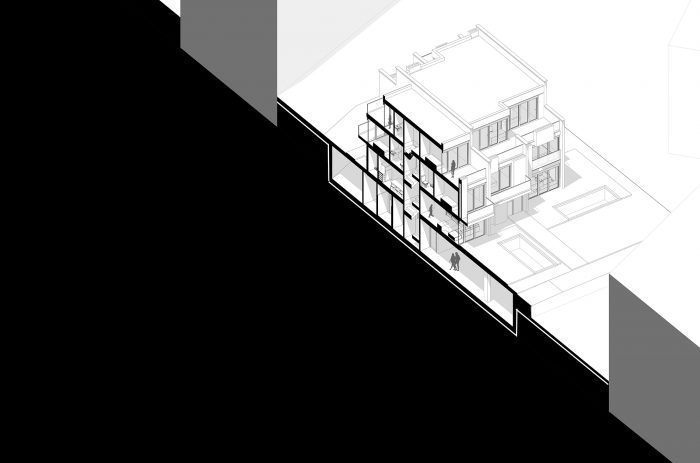 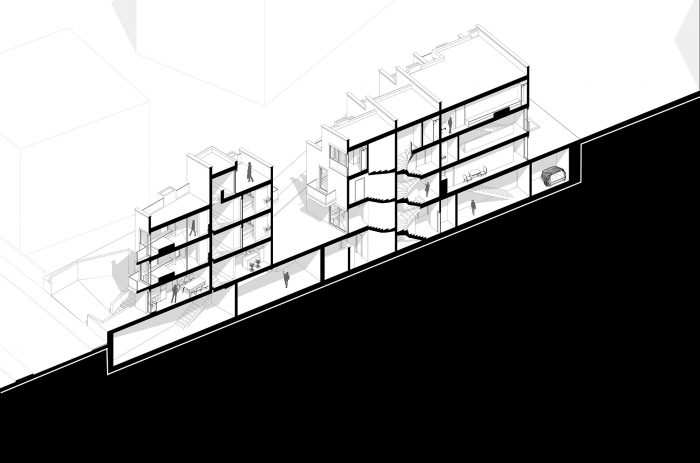