The Tryptic House is located in the city of Lezha. The building is developed on two floor levels above ground with a basement floor, on a relatively flat site with a slight slope.

The plot the house is situated in, follows a narrow linear shape with a north-south direction.

Influenced by the plot shape and the technical indicators, the building is shaped as a narrow linear volume. By being place almost at the end of the property, a long inviting courtyard is created at the entrance of the house, leaving room for a smaller backyard to the north that serves as an entrance to the existing garage.

The architectural language of the dwelling is characterized by regular perpendicular shapes.

In contrast to the architecture, the landscape design is conceived using organic shapes, with a free way of movement. In spite of the free style of the landscape, the north-south axis of the entrance is easily visible, becoming softer as you follow the pathway to the house entrance.

The functional program is organized in a compact building.

On the ground floor, the kitchen and living areas are placed in an open space ambient oriented to the south-east. They are differentiated through a slight level difference.

Also, on the ground floor there is a toilet and a bedroom oriented to the east and north, which has access to the backyard.

On the first floor, there are three other larger bedrooms, with additional facilities according to the client specific request.

On the planar aspect, these three volumetric breaks, correspond on the ground floor to the trinomen of: living - dining – sleeping zones. While on the first floor, the volumes accommodate two bedrooms and a private living area. Simple colors and materials have been chosen, to emphasize the clean volumetric of the building. 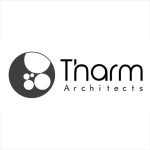 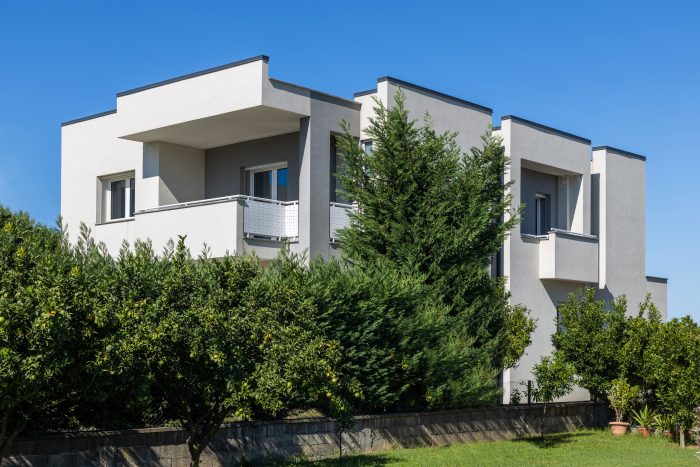 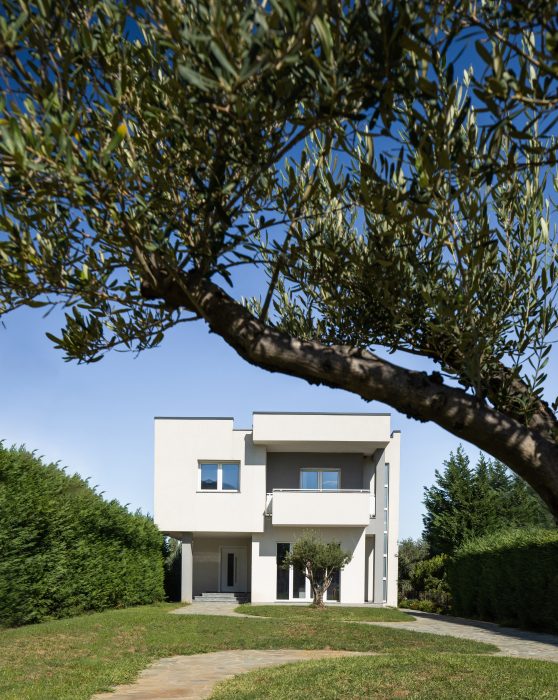 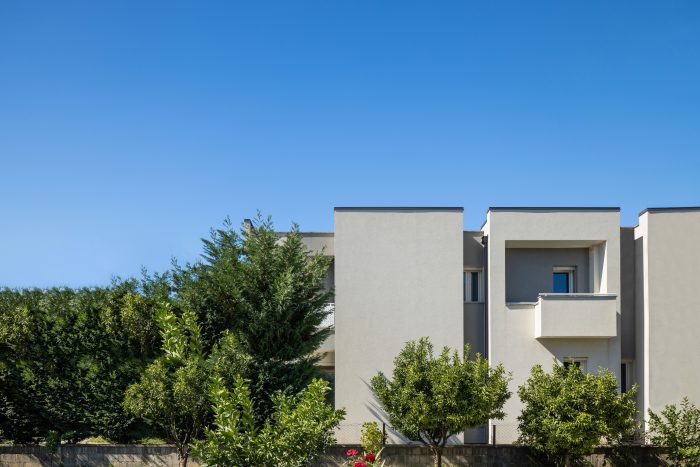 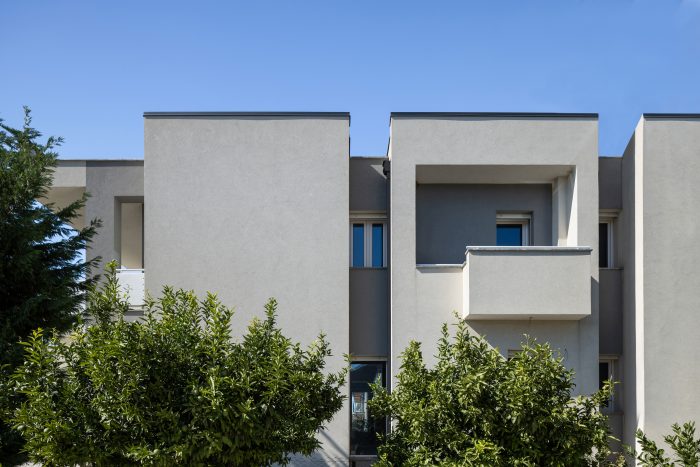 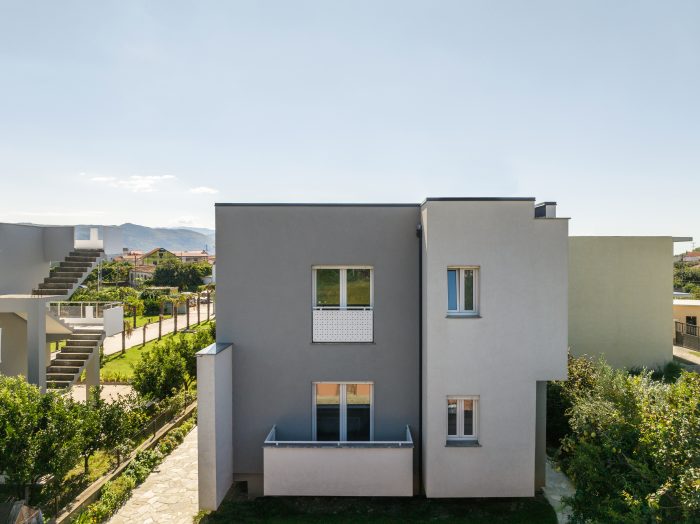 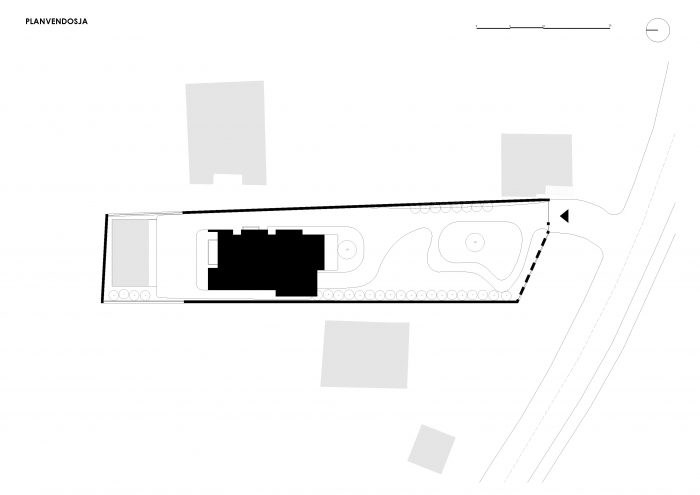 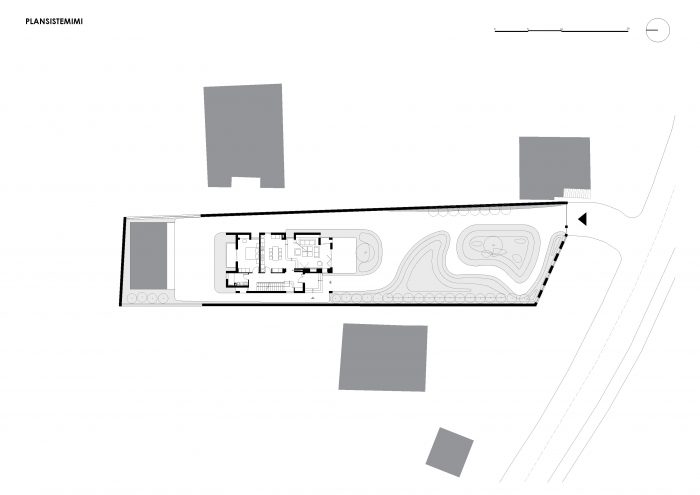 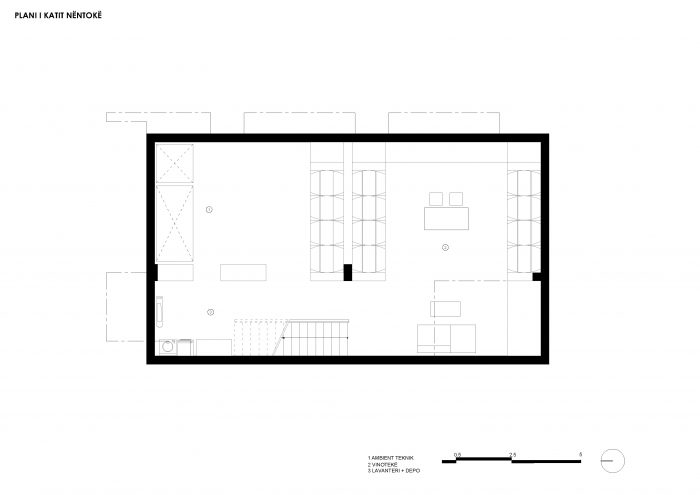 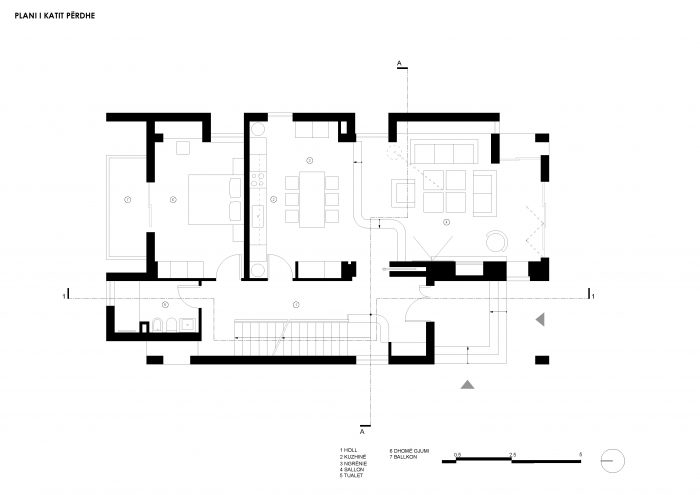