On the one hand, we have the historical background of the Vain Lagoon, which makes it the most important factor from the point of view of the originality of the story, and on the other hand, the biodiversity of nature, which makes it one of the first protected areas in Albania. All this history in such biodiversity creates the museum itself, but first the research academy for the protection of this natural and historical bidiversity.

On the other hand, we have the museum as a protagonist instrument that influences the way the story will be told . The history written and told after the Italian period is also a paradox of the functionality of its defense. The historical confrontation allows for a more intense and direct approach; it locates history in concrete terms with nature and its biodiversity. The new architecture and the building is not intended to serve as an object of attention but to become one with nature and the existing architectural history for the protection of what is currently existing.

Of course, the concept starts from some notions of biophilic architecture, of the experience that takes different architectural forms in conveying the sense of sight, in the creation of functional spaces that influence its character in the architectural and urban development of the built environment. Every architectural element shapes in different spaces creates another dimension and adaptation to the surrounding environment. The concept of the Vain Academy of Biodiversity Sciences began with a research on the lagoon's characteristic birds, the pheasants. Pheasants are characterized by a flying body structure different from the wild birds, due to the time spent in the air. Pheasants do not fly, they rise in the air and constantly land on the ground, which makes them very connected to the earth. Pheasant flight itself creates those forms of ground-hugging wing movement. Forms of movement create in the built environment the biophilic architecture of natural forms. Pheasant feathers have a distinguishing characteristic, the tail, where the two feathers are longer than the others. These physical elements become the compositional and functional link of the project, the fluid forms are connected to one of the axes of the artillery which is divided according to the two tails of the pheasant, but in structure and functionality they are presented differently. The linear one, straight both horizontally and vertically, representing the history of the lagoon, which can also be represented by the expression on the walls of the government villa 'Detyra'. The other represents nature, fluid both horizontally and vertically surrounded by biodiversity towards the panoramic point of the lagoon.

The entire building is organized into two main functional spaces, the museum in one direction, where we have the hunting rifle museum, the Bioplanetary,  the open natural museum and the bird song museum. And the other space includes the scientific research academy together with the poultry expedition laboratories.

The facade is characterized by green surfaces of the roof that return in some places to the facade and the structural glass surface with a shading system with tiles placed on it. 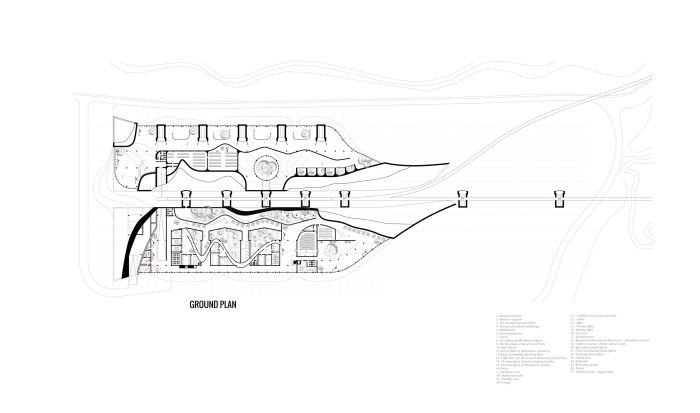 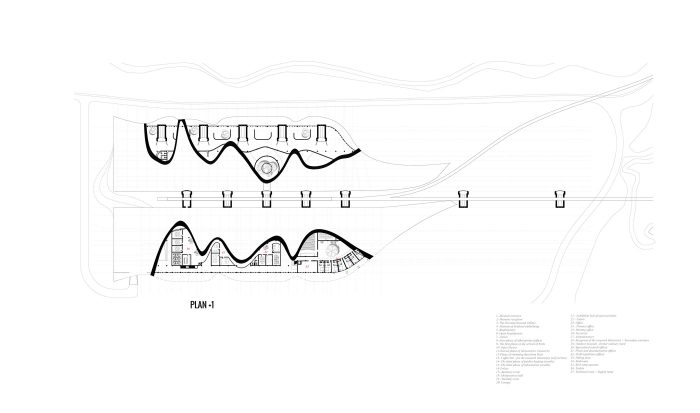 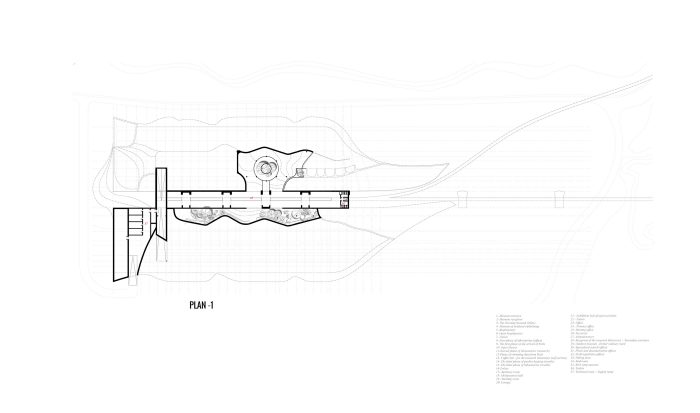 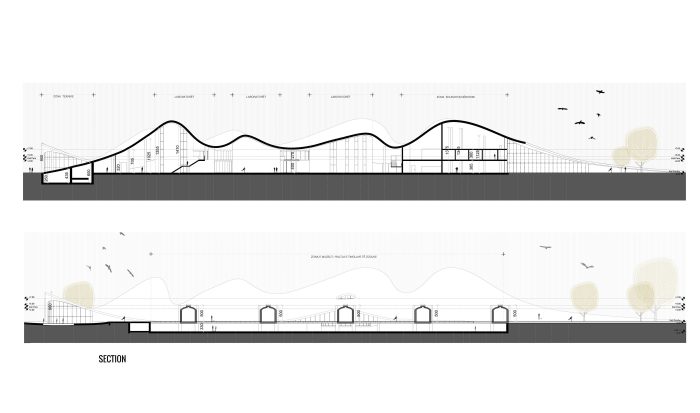 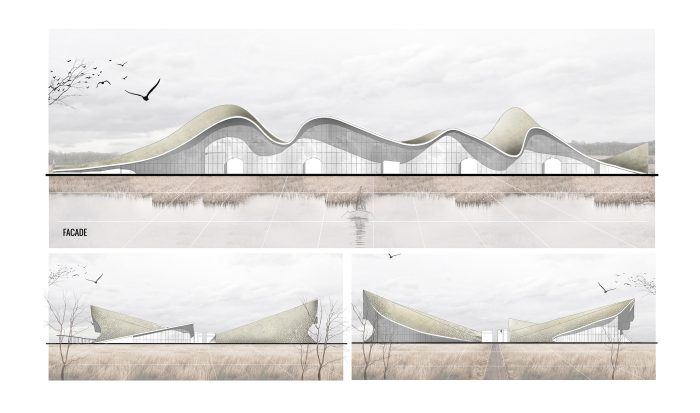 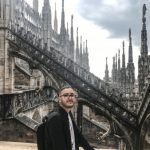 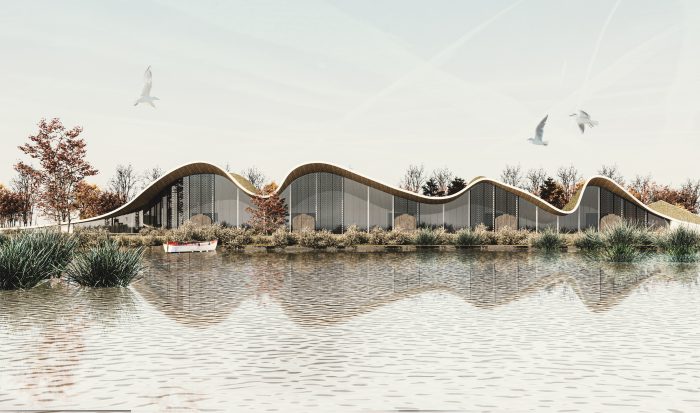 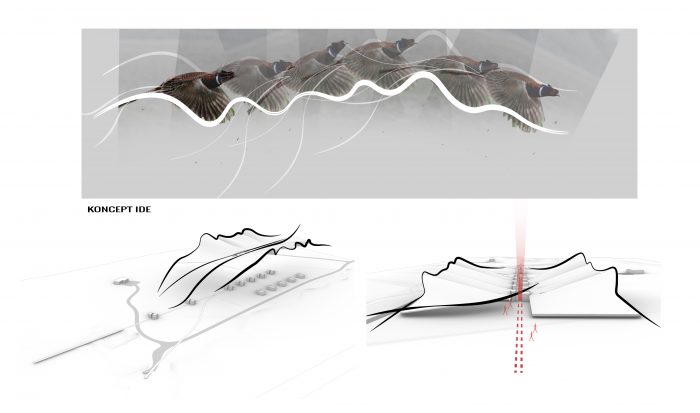 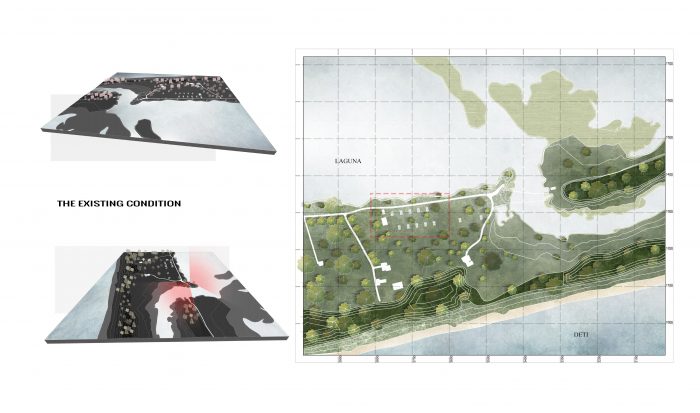 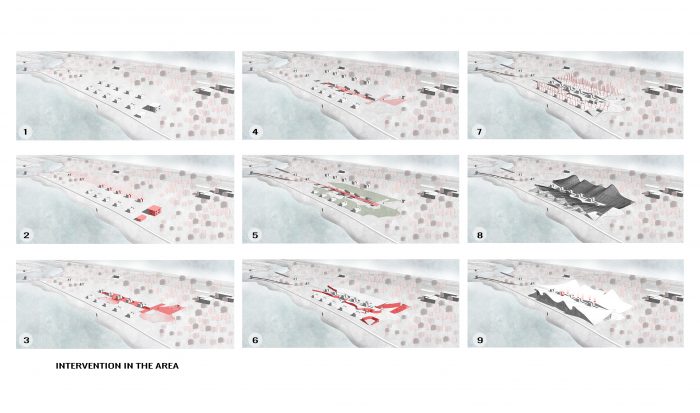 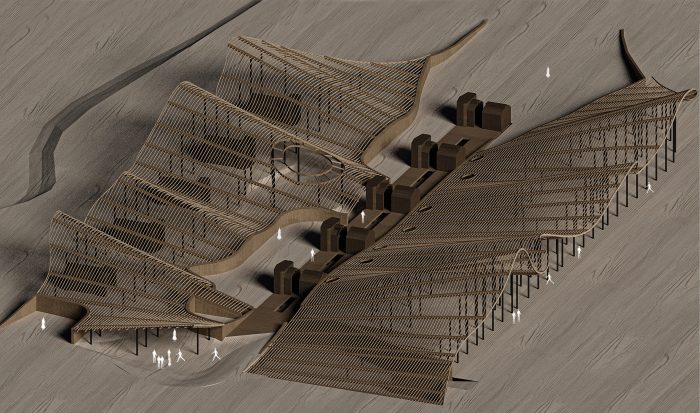