How to Use Hollow Elements in Home Architecture

How to Use Hollow Elements in Home Architecture 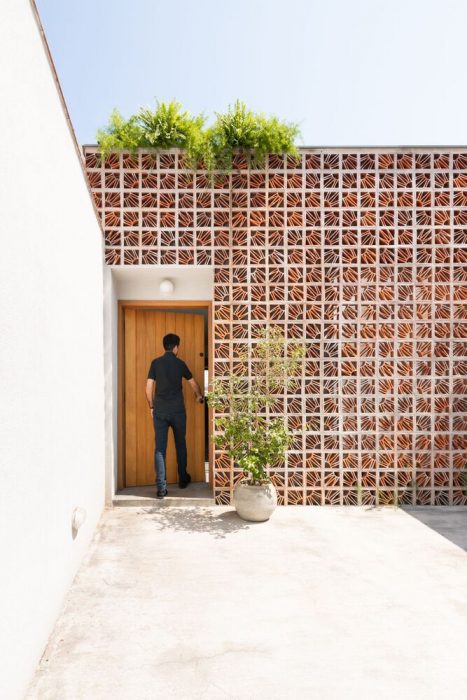 Visual permeability, ventilation and a strong identity appeal, the hollow elements have increasingly found their place in contemporary architecture. Whether in large buildings or small residences, they appear in different shapes, materials and compositions, helping to determine the degree of interaction between interior and exterior space.

This artifice in a residential construction is an important tool to ensure privacy and intimacy, without losing the possibility of connections to the outside and natural ventilation. 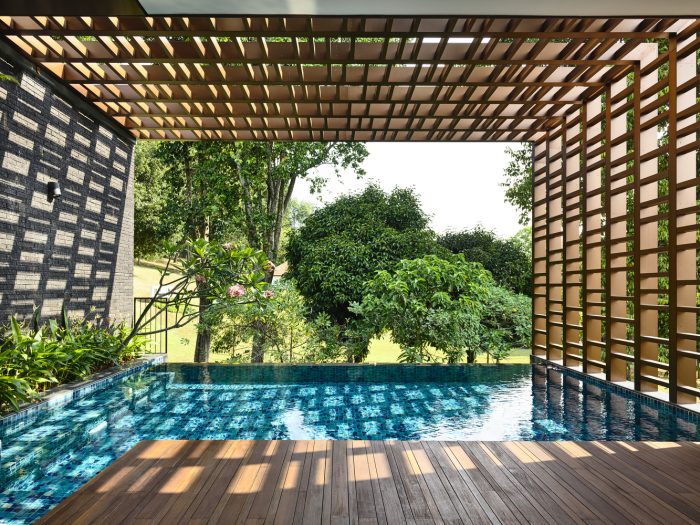 Casa Viewing Back by HYLA Architects

Hollow elements have gained prominence in contemporary architecture, especially in tropical and warm places, while also appearing in new and distinct variations in facades, roofs and details in different types of materials and shapes. In residential architecture, hollow elements have created unique environments that integrate light, shade and natural ventilation with the need for privacy and visual permeability.

One of the most traditional ways of using these elements is in the combination of hollow pieces, such as hollow bricks, to form a sealing wall. This piece can be made of ceramic or it can be made of cement. 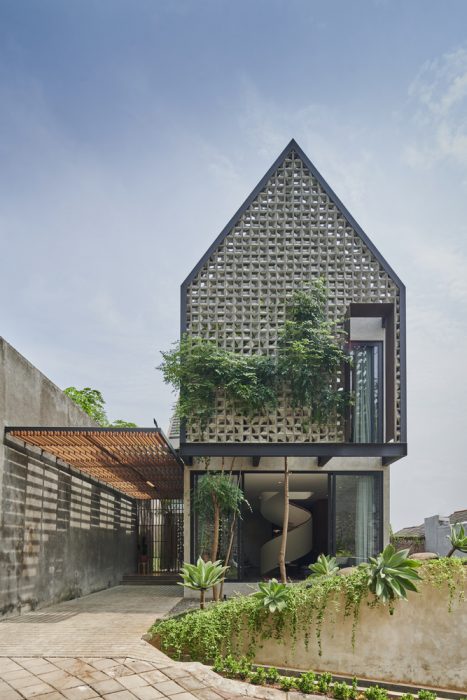 Another traditional way of including hollow elements is the reproduction of mashrabiya (an architectural element which is characteristic of traditional architecture in the Islamic world) in a more modernized reading, as is the case of House One by Fábrica Móvil, or Iguana House by OBRA BLANCA. In the first, the large mashrabiya panel is made of ceramic, while in the last one it is made of cement. House One by Fábrica Móvil 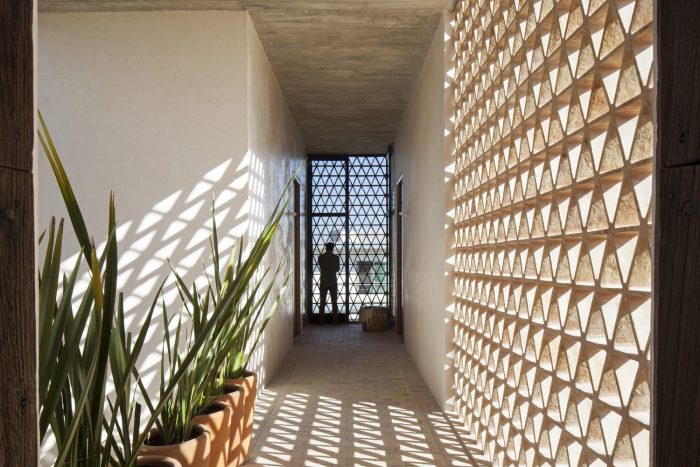 In all cases, they appear on a larger scale compared to the traditional and ancient musharabis that sealed the windows and doors of Arab architecture. At the same time, it is also possible to reproduce this traditional practice in a more contemporary way, as is the case of Teviot House by Casa100 Arquitetura. 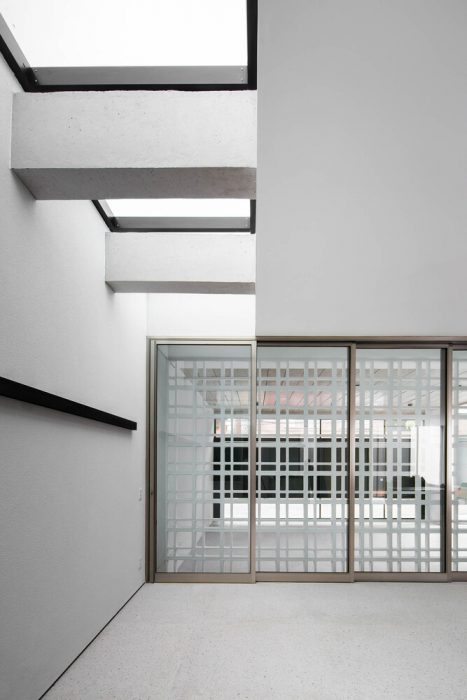 In addition to the reinterpretations and adaptations of hollow bricks and musharabis, achieving visual permeability has also been possible through the combination of other constructive elements. In some cases, an element is created for this type of shading and permeability, as in andramatin's Awrawikara House, where the brise-soleil is a hollow wooden element. In other cases, the constructive element is used without undergoing major transformations, changing the way of fixing it. Examples of this are Smith-Clementi Residence by Rios Clementi Hale Studios and Pilará House by Besonias Almeida Arquitectos, in which wooden boards are used to create a hollow composition on the façade. 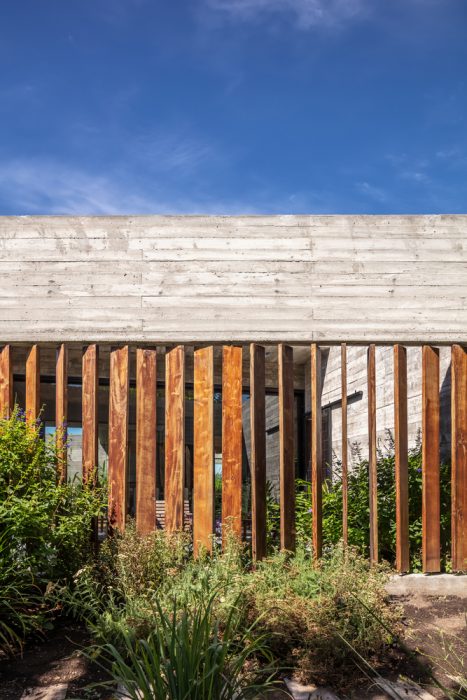 The hollow element is striking on the façades and therefore serves as an important identity tool for projects, as is the case of the VY ANH House by Khuon Studio, which combines hollow metallic elements with vegetation, or the Chapireh Residential Building by Bio-Design Architects, which builds a façade pattern from ceramic bricks. 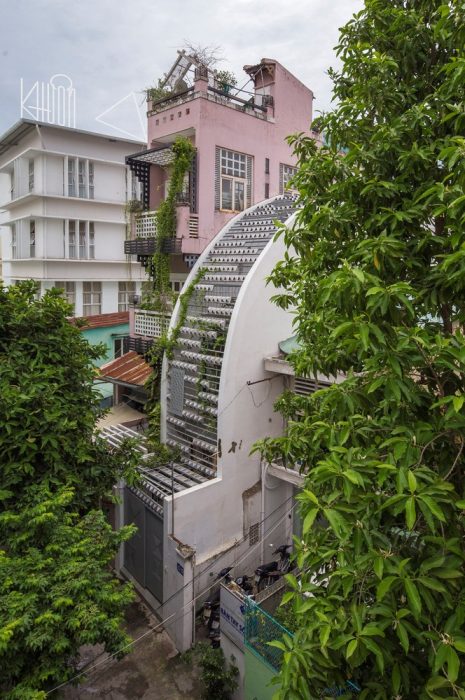 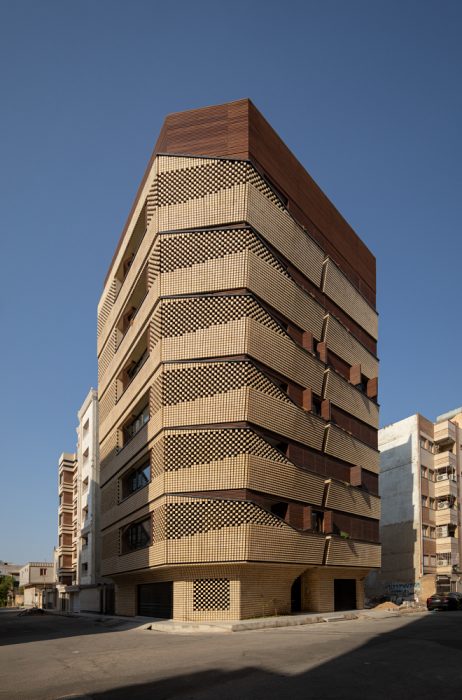 Finally, architecture has explored the advantages of hollow elements also in unconventional uses, such as in the project for the Ivanhoe Extension by Modscape, in which the wood on the facade serves more for visual permeability than for ventilation. 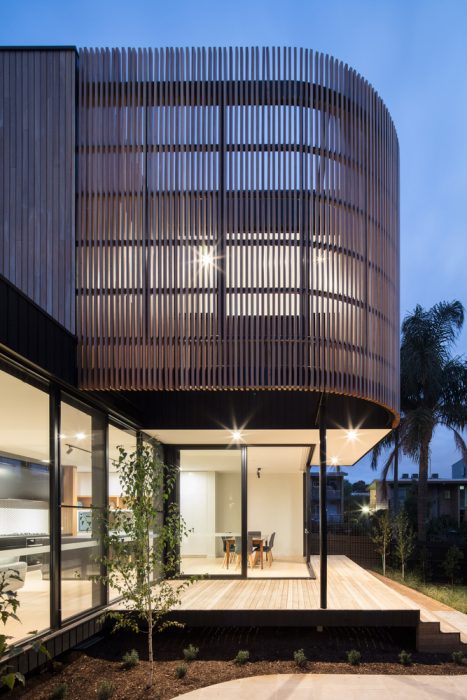