Located in one of Tirana’s busiest and most frequented areas like “Mustafa Matohiti” road ( Also known as Sala’s road), the purpose of this project was to give life to an existing two-storey building, transforming it in a way that gave it a contemporary style while preserving some of it’s existing elements.

The main concept of the design was the usage of traditional Albanian motifs and symbols, and their implementation in the building’s façade and interior elements, a process which is achieved by interlacing archaic symbols with contemporary materials, thus giving the project a personality of it’s own, that doesn’t deny tradition, but embraces and transforms it in a way that it becomes an inovation.

These motifs, most of them found in traditional Qilims (which are patterned, wool rugs that were once found in every Albanian house), are redrawn by the architects and multiplied to create panels of larger proportions, that later are implemented in the building’s front-facing façade. These panels made of rusted metal, are all lazer-cut to fit the dimensions of the building to commemorate the idea of something that feels old, but is actually new.

The interior of the Lounge has a particular design style that stays true to it’s exterior, a mix of dark tones with splashes of color,that create an elegant and cozy atmosphere, give the idea of a modern place and simultaneously make you feel at home. The walls of the building create secluded areas within the lounge that give a desired feeling of comfort and privacy.A particular design is applied for the bars, curtains with paintings of various Albanian wars preserved by glass, as a parallelism of ethnographic museums where traditional clothing or fabrics are kept covered by it.

The mood is provided by the composition of every element. The mismatched furniture, existing brick walls that are left in sight and Qilims that are everywhere, at first glance remind you of a different era, if it weren’t for the unique installation hanging on the walls. Albania’s national hero,Gjergj Kastioti Skënderbeu (Skanderbeg) and other important personalities in Albania’s history such as Ali Pashë Tepelena, Azem and Shote Galica, Gjergj Fishta, Ismail Qemali and many others, have been engraved in plexiglass and look like they are glowing, an effect that is achieved with the help of colourful LED lights.

These plexiglass panels have become a symbol themselves in the building’s interior and are used in multiple areas of the lounge. On the walls of the stairs, the architects created another composition, in a larger scale this time, but with the same motifs and lines as the building’s façade. 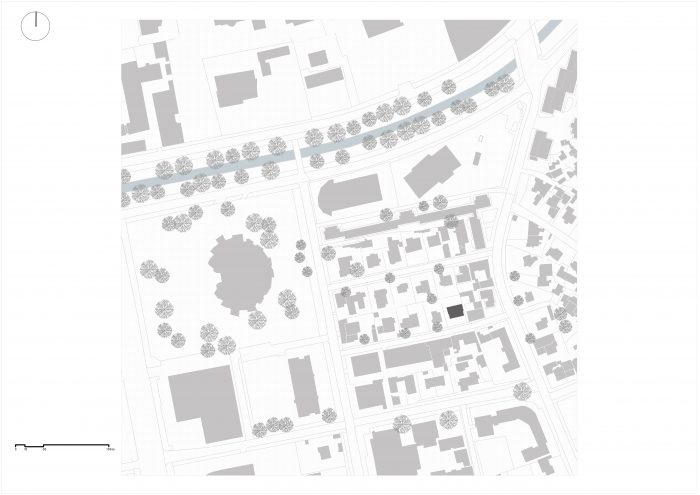 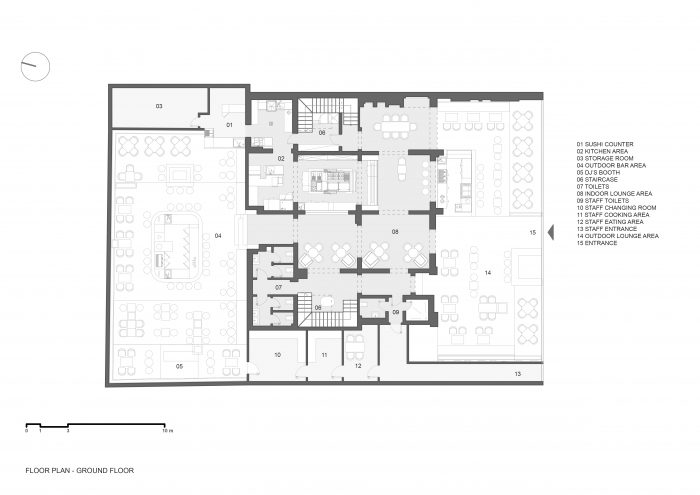 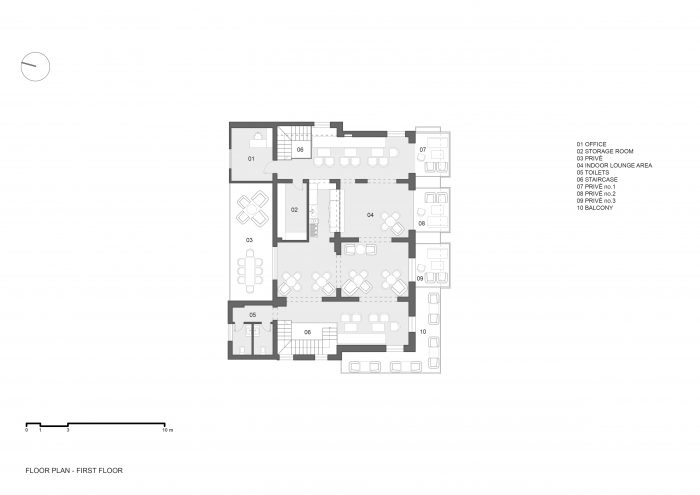 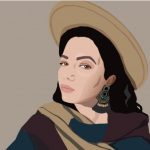 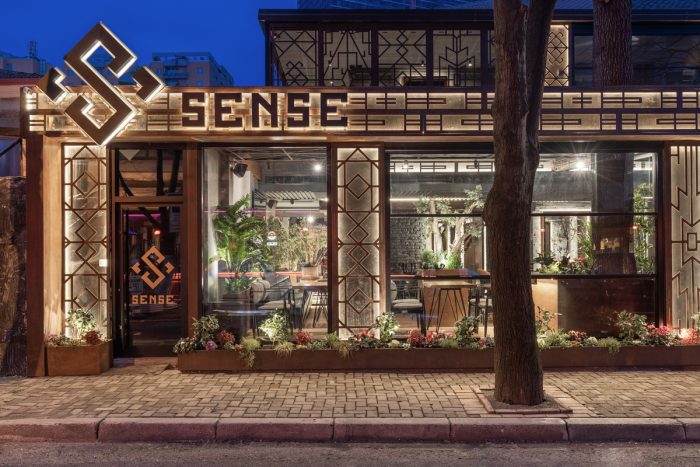 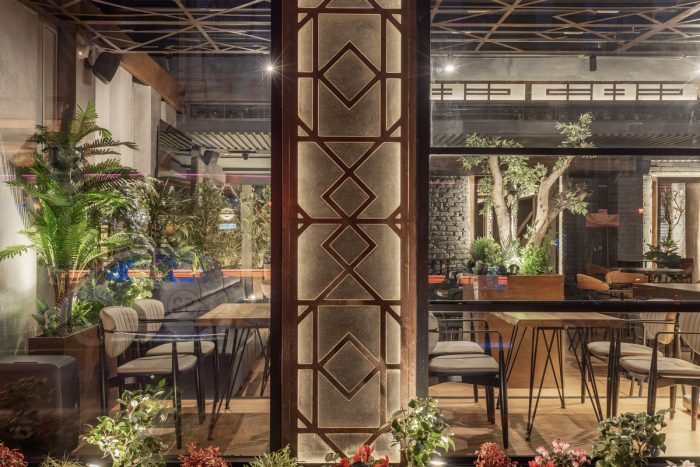 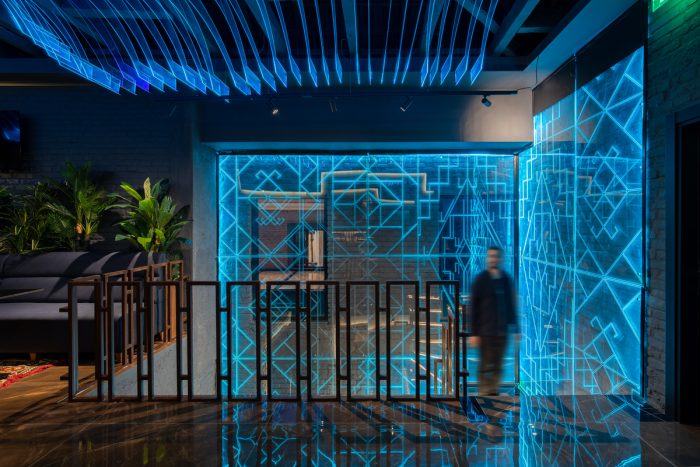 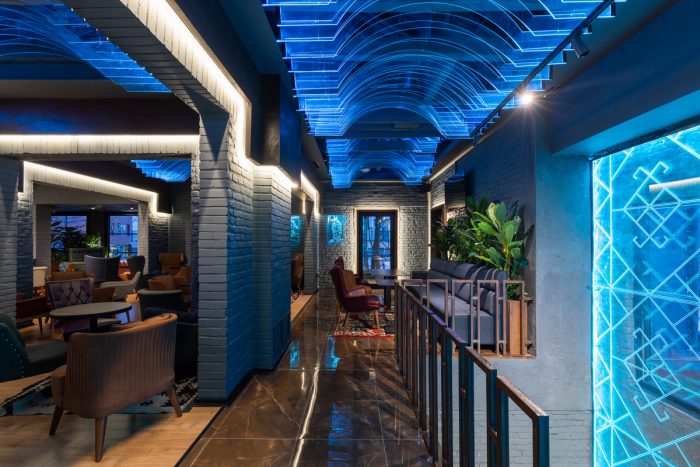 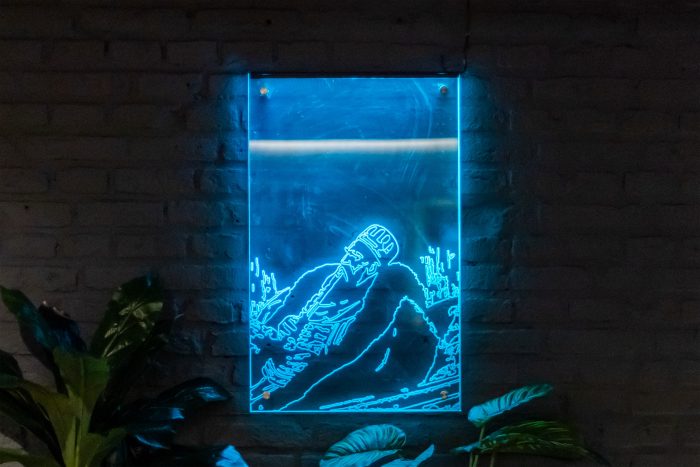 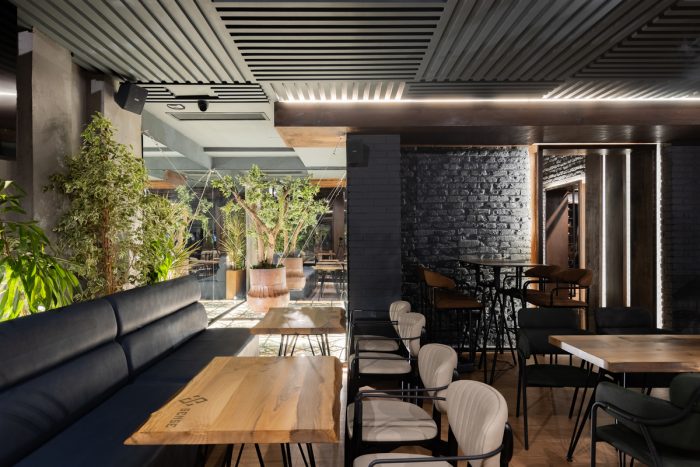